Starry nights city lights coming down over me
Skyscrapers and stargazers in my head
Are we we are, are we we are the waiting unknown
This dirty town was burning down in my dreams
Lost and found city bound in my dreams
Green Day - Are We The Waiting?
Delve and Querious.
I decided to do a bit of digging, and found the place where KenZoku lost the war to the goons. I can provide a short bit of backstory here.

You guys know most of the story(and perhaps all of it): Basically, when the BoB director went crazy and disbanded the alliance, they reformed under the banner of KenZoku, and reclaimed all their space. Of course, this led to capital warfare in systems that were no longer cyno-jammed. Goons came to town and the two sides fought each other to a stalemate. Then the Bob guys had the bright idea to dock up their carriers/dreads in a station. Almost all of them. Goons bottled up those capitals, and the war shifted in the favor of the goons. That station was the end of the old BoB.

So of course in passing by Delve, I decided to drop by. 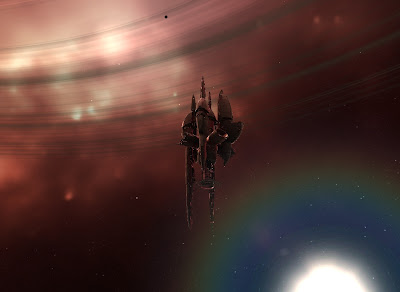 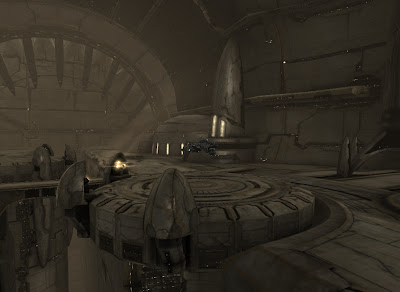 The blood red color of the system cannot be a coincidence... 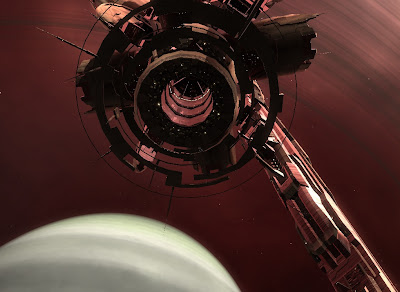 Of course, I also took a little side trip into Querious, to ensure I could tick it off my list of null-sec regions. I stopped by an ice belt in K4-RFZ and snapped a few pictures...

A few different kinds of ice in this belt. 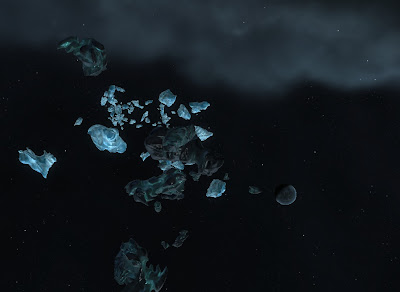 That's a plasma planet in the background. 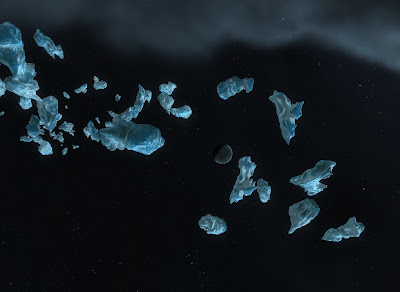 The sun is always rising in New Eden. 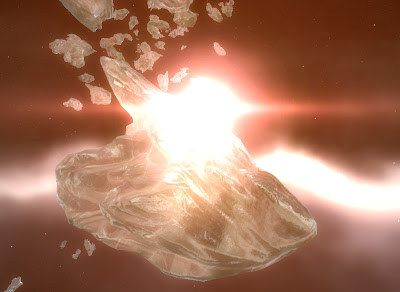 Next stop, Period Basis, and Paragon Soul.
Posted by Hallan Turrek at 12:01 AM