Considering the war going on, it was pretty quiet all through Impass. I was able to snap some good pictures in N-CREL though.

There's a Machariel hiding in there. 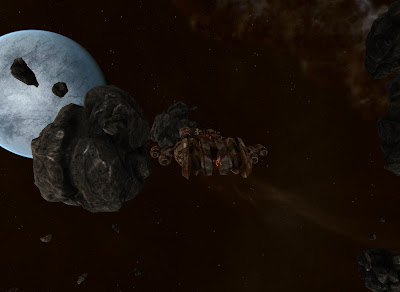 He's just waiting for his prey to show up. 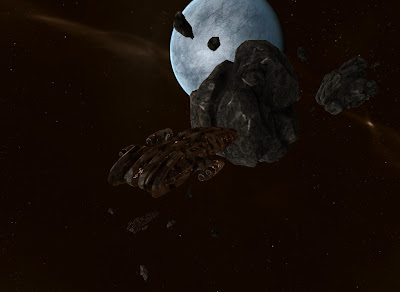 Honestly, he looks kinda scary, hiding behind the asteroids. 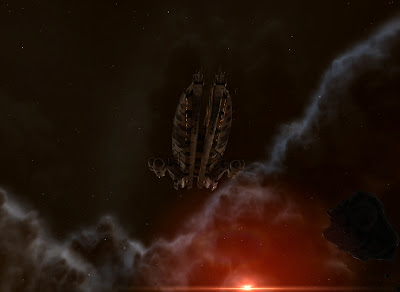 Ok, the light's not helping. 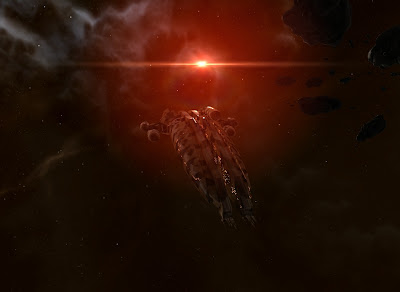 Tenerifis wasn't much more active, but I was certain I was going to get through it without any good pictures. I found a gas giant that had caught my eye, but it was pretty underwhelming. Then a few jumps from the end of my trip through, I saw this in QI9-42.

Which is a pretty nice picture. 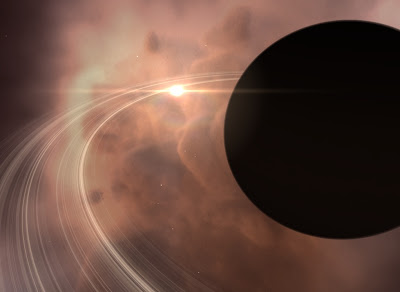