Crimson flames tied through my ears
Rollin’ high and mighty traps
Pounced with fire on flaming roads
Using ideas as my maps
“We’ll meet on edges, soon,” said I
Proud ’neath heated brow
Ah, but I was so much older then
I’m younger than that now
Bob Dylan - My Back Pages
Period Basis and Paragon Soul

Again the trip was rather uneventful, I dodged a pirate gate camp... if by dodged I meant ignored them completely and kept going.

This Blood Raider Oracle had no idea I was there, which is probably for the best, considering their reputation.

I bet that Lava planet used to be temperate too. 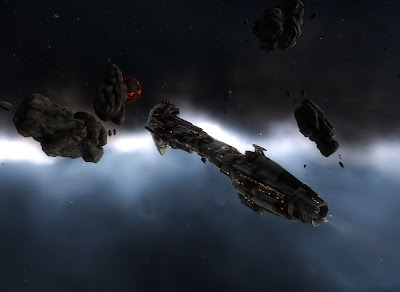 Knowing I was going to Paragon Soul, I decided to add a little caveat to my trip, since I'm visiting every region anyway, why not visit the tips of eve? There is a northern, western, eastern, and southern system that represents the furthest you can go on the map, and I've decided to visit those systems. The west one is back in Fountain, but since I'll be going back there at the end of the trip anyhow, it's still on the list. South is a system in Paragon Soul called LX5K-W. So away I went.

I took just a little bit of time warping around and making safes to get this picture for you, but I think it was worth it.

Just let it happen. The eclipse that is. 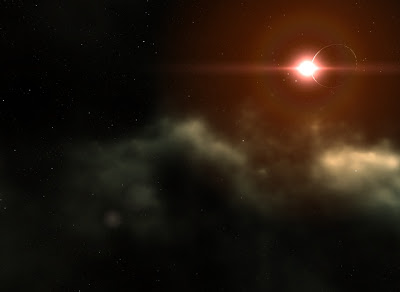 This is what greets you when you enter the system. Shoulda just used this. 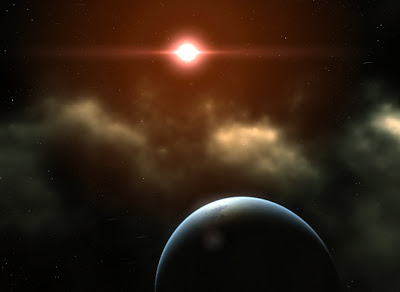 And that's Paragon Soul. There's an index page for this now, it's below the banner. You're welcome.

Next stop Esoteria and Stain!
Posted by Hallan Turrek at 12:01 AM