An Orca AFKing in a Wormhole.

Computers have enabled people to make more mistakes faster than almost any invention in history, with the possible exception of tequila and hand guns
Mitch Ratcliffe 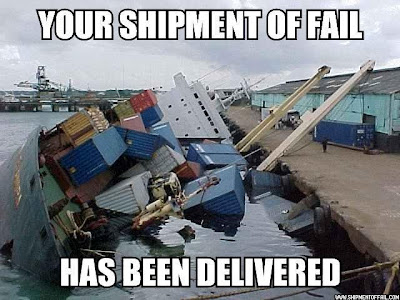 Sometimes I'm left wondering what in the hell people are thinking.

During a little break from our current contract, Jimer called a wormhole and said he had a couple of hulks and an Orca on scan. Now I imagined these guys would be smart and get to a POS when they saw probes. I had just got in position when I heard Jimer say that they were indeed mining. He narrowed them down to their site and made a bookmark. He came back out, dropped the bookmark for the Fleet Commander, and we went in and squad warped to the mining operation.

Not much excitement followed, beyond the inevitable "We just killed an Orca," back patting. We nailed two hulks as well and all three pods. I'm nearly certain they were all AFK because they didn't do anything.

Seriously.
Posted by Hallan Turrek at 2:59 AM

Email ThisBlogThis!Share to TwitterShare to FacebookShare to Pinterest
Labels: pvp